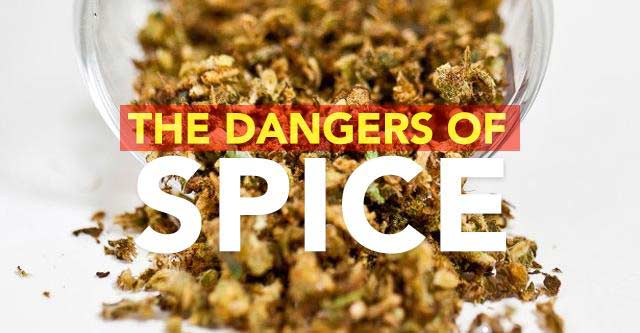 Synthetic Marijuana Is Not The Same As Naturally Grown Cannabis

Synthetic cannabinoids laced on plant material were first reported in the U.S. in December 2008, when a shipment of “Spice” was seized and analyzed by U.S. Customs and Border Protection (CBP) in Dayton, Ohio. Spice or some other 500 names of synthetic drugs being marketed as “legal highs” or “herbal highs” are far from being equal to cannabis. The cannabis community dislikes the term marijuana or any of its equivalents being used in conjunction with these very dangerous designer-style drugs, e.g., “synthetic marijuana” or “legal weed” because it is an unfair and dangerous comparison. 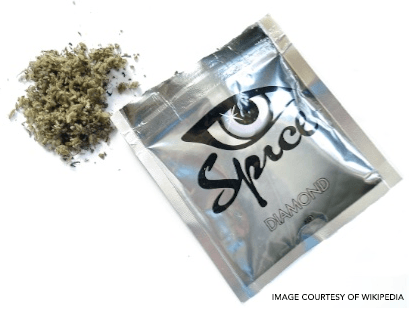 Synthetic drugs are typically a mix of herbs and other shredded plant materials combined with mind altering, man-made chemicals (most often in oil or a crystalline powder form sprayed on the matter) to mimic the effects of the phytocannabinoid THC of the cannabis plant. Most of the chemical formulas are known only by letter-number combinations, for example: JWH-018, JWH-073, JWH-370, HU-210, CP 47,497, AM-1248, XLR-11.

Most people have no idea how synthetic cannabinoids are affecting millions of people all over the world. Sloppy manufacturing methods and the presence of foreign materials not disclosed to the consumer, make the health risks of one batch compared to another like a game of Russian roulette. The effects on people who use these drugs are many and varied, but it is usually bad news.

Awareness of the dangers of these harmful substances is on the rise as reports to Poison Control centers and visits to emergency rooms have risen over the past few years.

Would You Believe the U.S. Government Helped Invent It?

It’s true. The U.S. government helped invent designer drugs such as Spice, K2, Joker, Funky Monkey and Mamba. Most of the chemicals used in their manufacture were designed by Clemson University scientist John W. Huffman using a grant from the government’s National Institute for Drug Abuse (NIDA).

“JWH-018 can be made by a halfway decent undergraduate chemistry major in three steps from commercially available materials.” – John W. Huffman

Huffman first obtained the NIDA grant in 1984, which ultimately totaled $2,564,000, when the government asked him to synthesize the human metabolite of THC. In mid-1994, one of Huffman’s undergraduate students created JWH-018, a strong cannabinoid that is easy to make and is now the “JWH” chemical most likely to be found in synthetic products. Over the course of a decade, Huffman created nearly 500 “cannabinoids” that affect the brain in a much more powerful way than THC.

For several years, these products have been easy to buy in drug paraphernalia “head” shops, newspaper stands, convenience stores, and online. Easy access, lower prices and the belief that synthetic cannabinoid products are harmless likely contributed to their growing use. It is evident now that these products have a high potential for abuse and adverse side effects, including death.

In 2010, the DEA issued an emergency ban on five chemicals used to make synthetic drugs and placed them in Schedule 1 of the Controlled Substances Act- a classification reserved for drugs with no currently accepted medical use and a high potential for abuse. Over the years, the DEA has added more and more synthetic cannabinoids to the list, but the list doesn’t begin to cover all of the chemical possibilities, leaving retailers, wholesalers and manufacturers legal room to sell different chemicals in their place. In 2009, DEA agents had already identified well over 200 synthetic drug compounds on the streets, with only a handful of them currently classified as banned. The synthetic drug business has become a multi-billion dollar industry here in the United States alone.

Congress has taken steps to ban many of these substances at the Federal level. The Office of Drug Control Policy has been working with Federal, Congressional, state, local, and non-governmental partners to put policies and legislation in place to combat this threat, and to educate people about the tremendous health risk posed by these substances.

In an effort to sidestep the laws, the chemical compositions of synthetic drugs are frequently altered in an attempt to avoid government bans by marketing the goods as potpourri, room deodorizer or incense, with a warning, “Not for human consumption.” And, it only takes a good chemist a short time to change a molecule and get a new synthetic drug on the streets, starting the entire cycle, all over again.

Are Synthetic Cannabinoid Products Safe? the True Dangers of Spice

Don’t be fooled by claims that products like Spice or K2 are safe and “natural.” That’s definitely not the case. The herbs are simply carriers of the active chemical ingredients, which are not natural.The actual ingredients and chemical composition of many synthetic cannabinoid products are unknown and frequently change from batch to batch, making their effects unpredictable.

A significant number of negative side effects have been reported, including but not limited to, heart rate stimulation, blood pressure elevation, anxiety and agitation. There are also psychiatric effects such as confusion, anger, paranoia, hallucinations and delusions not unlike schizophrenia or other mental disorders that have led individuals to harm themselves or others, sometimes fatally.

Synthetic cannabinoids can be habit forming and withdrawal symptoms can include, headaches, agitation and depression. In 2011, California’s Poison Control reported there were 424 visits to hospital emergency rooms due to synthetic drug related problems and that number went up 10% the following year. U.S. News recently reported that in the opening weeks of July 2015, New York City saw over 600 emergency visits for serious, poisonous reactions to consuming synthetic marijuana.

How Can I Identify a Synthetic Drug?

There is no one catch-all description that captures all of the varied synthetic cannabinoid products available on the market today. In addition to herb mixtures, new variations of synthetic cannabinoids are becoming more common in liquid form and solid waxes. The smartest thing to do is to stay away from anything that says it’s a spice or a mamba.

What Steps Can I Take To Ensure My Own Safety?

Dangers of Spice: Some will argue it is very easy to identify the differences between naturally grown cannabis and synthetic [man-made] drugs but the reality is that depending on the brand of synthetic marijuana you may encounter, it can be very difficult. Many describe spice as dried leaves having an appearance akin to oregano and other spices mixed together, usually light green to a brown color with stuff in it, like stems and seeds. It is typically harder to break up than actual cannabis and has a stench that is noticeably different than whole-plant cannabis.

If in doubt, remember:

If you or someone you love has developed a dependence on synthetic designer drugs, it is important that you seek treatment as soon as possible. The earlier you seek treatment the higher the possibility that you avoid some of these serious negative side effects.