Over the past few years, we’ve witnessed a surge in the popularity of cannabis products. This, in part, is thanks to the growing list of studies that continue to highlight the numerous medicinal properties of the plant. Most of these studies have had a ripple effect across several countries around the world. Most notably, various authorities have relaxed their punitive regulations on the cultivation, sale, and use of cannabis products.

If you’re a trader who has been toying with the idea of starting an alcohol and cannabis venture, now is the time to take a leap into the lucrative industry. But remember, alcohol and cannabis ventures fall under business categories classified as high-risk. Therefore, it’s prudent that you carry out your due diligence instead of simply wading headlong into the industry.

In this post, we shall discuss some of the top legal considerations to keep in mind before starting an alcohol and cannabis venture.

A roll of marijuana and a glass of wine 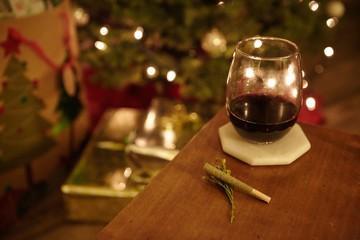 Up to 33 states in the US, as well as the District of Columbia, have legalized the use of cannabis for medical use. However, the substance is still classified as a Schedule 1 Drug at the federal level, and is, therefore, illegal. So, if you’re thinking of starting an alcohol and cannabis venture, there are certain facts that you must keep in mind.

First, federal officers might still raid your business, confiscate your assets, oreven bring lawsuits against you. While there’s a general trend among most states to legalize cannabis, the federal government appears to be working in the opposite direction. A case in point is what happened just four days after California started issuing its cannabis state licenses. The former Attorney General, Jeff Sessions, released a memo which rescinded all the previously released memos that guided the states on how to formulate cannabis laws within their jurisdictions.

What makes the prospect for cannabis and alcohol ventures even gloomier is that only recently, the President and Attorney General called for the death penalty for convicted drug dealers. Whether this will actually happen is doubtful.

2.  State and Local Licensing Is Mandatory for All Alcohol and Cannabis Ventures

You probably already know that you require a state-issued license to make, distribute, or sell alcohol products. The same applies to cannabis. The state of California has always been a trailblazer when it comes to issues pertaining to cannabis legalization. And in 2018, California began issuing licenses for both medical and recreational use of cannabis strains like shatter, weed budder etc. That made it possible to cultivate, manufacture, test, and distribute cannabis products.

Of course, the licenses are issued in line with the guidelines enshrined in the Medical and Adult Use Cannabis Regulation and Safety Act (MAUCRSA). You might want to acquaint yourself with the finer details of MAUCRSA to avoid any unpleasant surprises that may arise in the course of your business.

A person preparing a cannabis roll

3.  The Thin Line Between Medical and Recreational Cannabis

Medical cannabis refers to cannabis products that are prescribed for the treatment of certain medical conditions. Recreational cannabis, also known as adult-use cannabis, involves the production or use of cannabis for recreational purposes. Any trader who wishes to venture into alcohol and cannabis businesses must understand these primary differences. That’s because legality varies depending on the intended use of a cannabis product.

It’s relatively easy to walk into a Canada marijuana dispensary and order medical marijuana, provided you have a valid marijuana card. On the other hand, purchasing cannabis for recreational use requires you to meet  more preconditions. 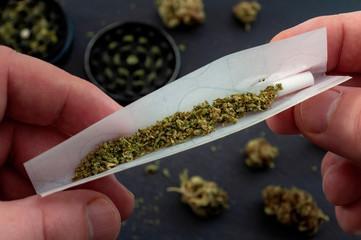 4.  Rohrabacher-Blumenauer Amendment Works In Favor of Cannabis and Alcohol Vendors

As we’ve mentioned above, Attorney General Jeff Sessions issued a memorandum that rescinded previous memoranda that were considered friendlier towards cannabis cultivation, distribution, and sale at the state levels. The Jeff Sessions memorandum came as a massive blow to alcohol and cannabis industry stakeholders. It especially targeted The Cole Memorandum which was issued by the Barack Obama administration in 2013, asking prosecutors not to target cannabis and alcohol traders.

But even in the face of Sessions’s memo, the cannabis and alcohol industry is still somewhat protected. That’s thanks to a hands-off culture among most legal enforcement officers, particularly prosecutors. There’s also a congressional measure in place, known as the Rohrabacher-Blumenauer amendment, which still offers a significant amount of protection to cannabis traders.

According to the Rohrabacher-Blumenauer amendment, no federal funds shall be used to fund lawsuits brought against state-compliant cannabis businesses. It’s important to remember that directives by the federal government are still overriding in nature. However, initiatives such as the Rohrabacher-Blumenauer amendment offer a glimmer of hope to an otherwise bleak situation.

Cannabis is federally illegal, and you may be wondering where that leaves your business in terms of taxation. According to the Internal Revenue Service’s Section 280E, cannabis companies are prohibited from deducting ordinary business expenses out of their tax bills. What this means is that cannabis ventures pay higher taxes compared to federally-legal businesses.

The federal government will demand that you pay taxes depending on your gross as opposed to net income. In addition to these burdensome federal taxation policies, cannabis and alcohol ventures must also abide by the taxation plans in their respective states. In Washington, for example, the law requires cannabis businesses to pay 37% tax on all their sales.

To understand your tax obligations as an alcohol and cannabis businessperson, your best bet is to acquaint yourself with both the federal as well as the state taxation policies.

Revelers at a pub 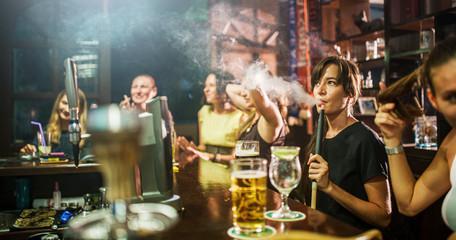 The alcohol and cannabis industry remains the most heavily-regulated ones. That’s why you’re encouraged to familiarize yourself with all the legal requirements in your jurisdiction before starting any of these ventures. And if you feel lost in all the legalese, you might consider hiring a lawyer.