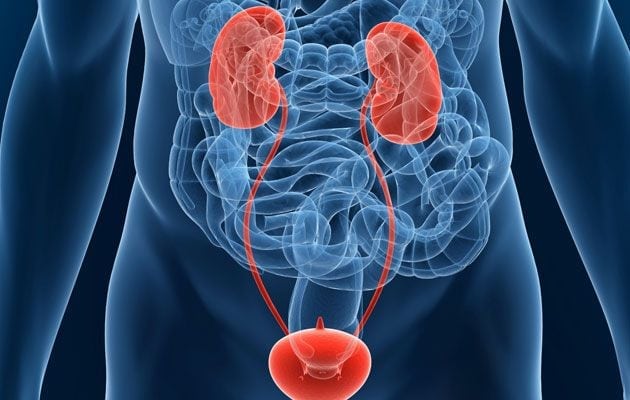 A survey/chart study published in The Journal of Urology in February 2015 found that whole-plant cannabis use is associated with a decreased likelihood of developing bladder cancer.

What is Bladder Cancer?

Bladder cancer is caused by an overproliferation of abnormal cells of the bladder (an organ in the body that collects urine). Tumors can press on or block surrounding structures or spaces, causing dysfunction in normal body processes, and in later stages, cancerous cells can metastasize (i.e. invade distant organs), potentially causing extensive damage and, if uncontrolled, death.

Nine out of ten individuals who develop bladder cancer are over the age of 55. The American Cancer Society estimates that in the United States in 2015, approximately 74,000 new cases of bladder cancer will be diagnosed (56,320 males and 17,680 females) and there will be approximately 16,000 deaths resulting from bladder cancer (11,510 males, 4,490 females).

While there are various factors that may increase the risk of developing bladder cancer, smoking tobacco is the most significant. Signs and symptoms of bladder cancer may include: 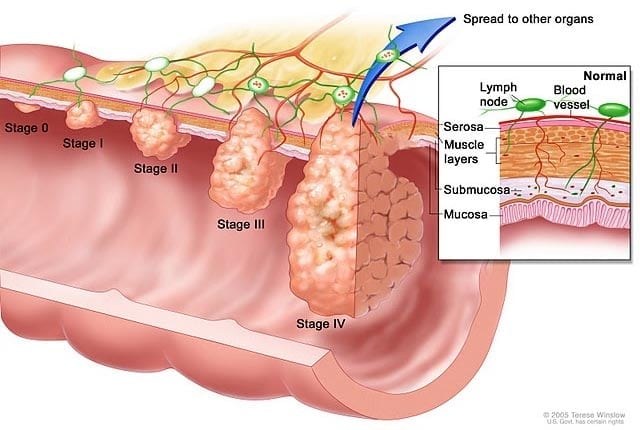 Half of new bladder cancer cases are caught in the very early stages. In 35% of cases, bladder cancer is found to have invaded more deeply into, but remain confined to, the bladder. In these earlier cases, treatment is more likely to produce remission (i.e. no detectable cancer). Metastasis is only seen in approximately 4% of cases. In the U.S. currently, there are approximately 500,000 bladder cancer survivors.

You can reduce your risk of developing bladder cancer by avoiding smoking tobacco, drinking plenty of water, and avoiding use of dyes that contain aromatic amines and dietary supplements that contain aristolochic acid. If you are experiencing unusual signs or symptoms, such as those noted above, it is important to visit your healthcare provider as soon as possible.

Data was gathered from the California Men’s Health Study, which collected information from surveys mailed to 84,170 men of various ethnicities, aged 45 to 69 years old, from 2002 to 2003. The researchers examined the participants’ health records over the 11-year period following the survey, so that associations between health status and lifestyle choices could be assessed.

After controlling for age, race, ethnicity, and body mass index:

These results are notable given that cannabis users had a decreased likelihood of developing bladder cancer not only compared to tobacco users, but also compared to participants who did not smoke tobacco or cannabis. Although the difference between 0.3% (cannabis users who developed bladder cancer) and 0.4% (cannabis non-users who developed bladder cancer) seems unimportant, statistical analysis showed that these results were statistically significant (meaning, in this particular case, that there was less than a 0.1% chance that this difference was found by chance).

“These results are notable given that cannabis users had a decreased likelihood of developing bladder cancer not only compared to tobacco users, but also compared to participants who did not smoke tobacco or cannabis.”

Additionally, while use of tobacco+cannabis was found to increase the risk of developing bladder cancer, this increase was smaller than the increased risk caused by smoking tobacco alone (i.e. cannabis use may decrease the likelihood that tobacco smokers will develop bladder cancer).

These results provide additional evidence to support the major differences in carcinogenicity between the smoking of tobacco and cannabis. While cannabis smoke contains carcinogens (likely as a result of the inhalation of burnt plant material of any kind, rather than due to the inhalation of cannabis’ components themselves) and is not harmless, cannabinoids (phytocannabinoids, endogenous, and synthetic) have actually been shown to potentially work as antitumor agents in breast, prostate, lung, skin, pancreatic, and brain cancer and leukemia. In contrast, compounds found in tobacco products such as cyanide, benzene, formaldehyde, etc. and potentially nicotine (along with the inhalation of burnt plant material, which can irritate the lungs) have been shown rather definitively to cause cancer, including bladder cancer. To reduce or avoid the potential harms of inhaling cannabis smoke, medical cannabis can be vaporized (the plant is heated with hot air, rather than burned) and/or ingested (edibles, oils, tinctures).

It is important to note that there are inherent weaknesses in survey and chart studies. For example, no cause-effect relationship can be determined using data gathered from them, meaning that another factor (besides cannabis use) may be the true cause of the observed results. Therefore, these results do not necessarily provide valid or reliable information to support the claim that “whole-plant cannabis use prevents bladder cancer”. Whole-plant cannabis use is not recommended for the prevention or treatment of bladder cancer.

Further research will help to determine whether or not targeted cannabinoid therapies are useful in the prevention or treatment of bladder cancer.