Alaska Cannabusiness Gets Ready to Take Off

Alaska Cannabusiness Gets Ready to Take Off 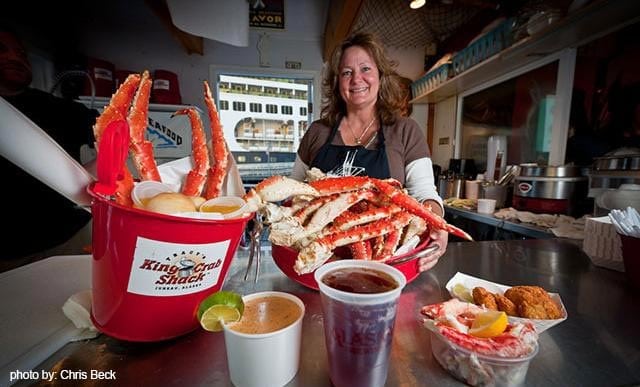 “I want to see Juneau become a forerunner,” says restaurant owner Tracy LaBarge. “I want to see it done in a very responsible and classy way.”

She’s referring to the implementation of Measure 2, a voter-approved ballot initiative legalizing recreational marijuana in Alaska. Along with other pro-weed residents, LaBarge testified in January before the Juneau City and Borough Assembly, which had proposed a 12-month moratorium on issuing land-use and other permits for pot businesses. The good news: They talked the assembly down to a six-month delay.

As it stands, the earliest that weed shops, smoke lounges and bars can be operational is May 2016. If the regulations get sorted out, Juneau business owners like LaBarge will be among the first wave of legal pot merchants in the state. (Residents can possess and burn small amounts of weed starting February 24 of this year.)

The business people don’t really need the delay, but lawmakers probably do. “I personally think the assembly needs that kind of time,” says LaBarge, who is encouraged by the policymakers’ level of attention. “They’ve been very willing to listen, and I think it’s going to go fairly smoothly.”

LaBarge, who owns four restaurants and bars in the area, believes that the existing laws regulating alcohol sales can serve as a template for weed regs. “We’re looking at the alcohol policy as something we could amend for the new businesses. This would be a logical place to start.”

It’s easy to imagine what the new law will do for a town like Juneau and its 32,000 residents: Every summer, more than a million visitors disembark there from cruise ships, most of them docking along South Franklin Street, an easy walk to Tracy’s King Crab Shack, one of LaBarge’s venues, and other joints.

LaBarge is also planning a vape lounge for her upscale restaurant SALT, and she’s mulling the possibility of opening a retail shop elsewhere. But none of that can happen until LaBarge, along with the rest of Alaska, finds out how the brave new world of legal weed will be regulated by individual jurisdictions.

Other parts of the state have also seen evidence that change is a-coming. While it’s premature to call it a real-estate boom, some ganjapreneurs are inquiring into properties for the pending pot trade, even before individual districts have sorted out their zoning rules and other regulations.

But the Alaska Cannabis Institute, for one, hasn’t been thrilled with the local governments’ early forays into rule-making. “It isn’t necessary at this point,” says institute event manager Kendra Wray. “We need to let the state come up with regulations before adding more on, and we need to make it as easy as possible for people to understand and follow the law.”