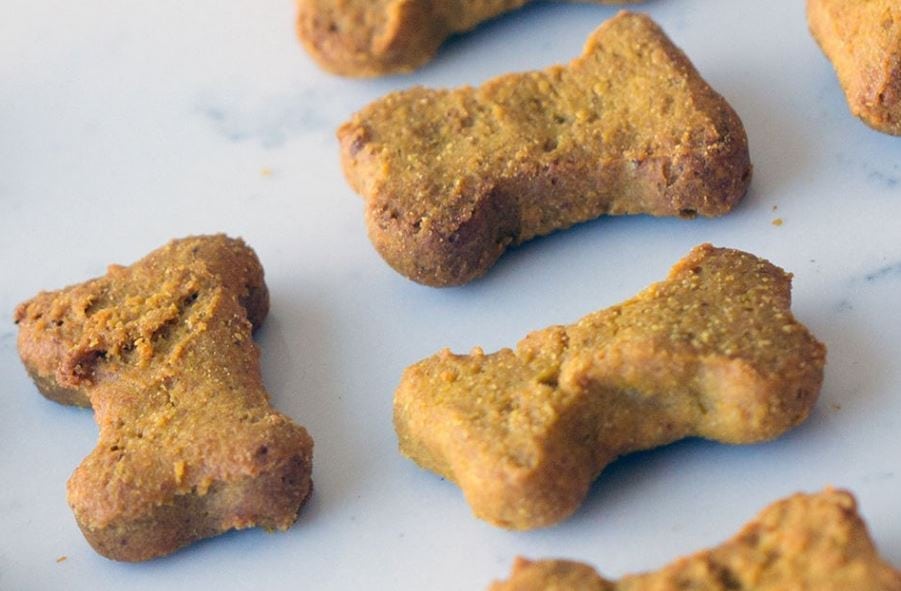 The cannabis industry’s newest customers are dogs. Aday before a scheduled vet appointment to euthanize her dog, Wendy Mansfield decided to try one last resort to alleviate the chronic pain of her 15-year-old labrador mix: cookies from a marijuana dispensary made specifically for ailing dogs.

Kali, a mild-mannered 80-pound rescue, was never much of a complainer. But she often licked her paws—an obvious sign of pain, according to her vet—which was typically accompanied by bouts of coughing because of the shedding fur that got in her throat. One cookie and 20 minutes later, the licking suddenly stopped.

Seeing this, Mansfield, who lives in Fort Bragg, California, gave her dog a second cookie, and then a third. Kali, who had been listless and depressed, got up to drink some water and walked outside—something she hadn’t been able to do recently without groaning or obvious signs of pain.

Mansfield then called the vet to cancel her appointment. That was three weeks ago. “Never in my wildest dreams would I have anticipated this,” she tells Quartz. “It brought my dog back.”

With marijuana flourishing into a big business in the US, a new segment of the market catering to aging and ailing pets has been growing under the radar. The legal weed market raked in $2.7 billion in revenue in 2014, and one estimate by the ArcView Group, a network that connects investors with cannabis startups, projects the industry to top $10 billion in sales by 2018.

The pet-pot market is treading on new territory, however. The legal gray area is posing challenges for companies that want to market and distribute cannabis-derived products for animals. There’s also insufficient scientific backing and industry guidelines. Still, that’s not deterring desperate pet owners, like Mansfield, or keeping investorsfrom getting on board.

The FDA is watching

The special cookies given to Kali were produced by Auntie Dolores, an Oakland-based maker of edible marijuana goods, including caramel corn, cheese crackers, and savory pretzels (a bestseller). The seven-year-old company launched its pet treat line, Treatibles, about a year ago.

Unlike its edibles for humans, Treatibles products, which are sold in dispensaries, aren’t made from marijuana but from hemp—the stem of the cannabis plant that’s low in the psychoactive component tetrahydrocannabinol, or THC, which produces that feeling of getting high. Hemp, however, does contain cannabidiol, or CBD, a chemical compound that alleviates pain. The US government also defines hemp as cannabis—not necessarily the stem—that measures less than 0.3% in THC, a threshold that allows its movement across state lines.

Most companies making cannabis-derived pet products choose to use hemp because the federal government still classifies marijuana as aSchedule 1 substance, defined as “drugs with no currently accepted medical use and a high potential for abuse.” Currently, 23 states and the District of Columbia have medical marijuana laws. But as it stands, veterinarians aren’t empowered to prescribe cannabis to pets. That could change soon. Nevada is currently debating a bill that would allow people to obtain medical marijuana for their pets with a vet’s approval.

Though Auntie Dolores CEO Julianna Carella has heard from customers like Mansfield, she’s hesitant to promote the product’s effects, or even market Treatibles at all. “Honestly, we’re hands off with that because we’re not doctors and it’s not our place to prescribe it in that way,” she says. The company’s also wary of attracting the attention of the US Food and Drug Administration, which recently began sending out warning letters to some companies selling cannabis-based products for animals.

One such recipient is Canna Companion, which in February got an ominous letter delivered to its headquarters outside Seattle saying that its product is an “unapproved new animal drug and your marketing of it violates the [Federal Food, Drug, and Cosmetic] Act.”

Sarah Brandon, an owner of Canna Companion, had no idea such rules existed. She and her husband have researched the effects of cannabis on pets for the past decade, stemming back to their days in veterinary school. In 2014, they took out a $20,000 loan to build a business selling ground hemp powder that dogs and cats consume orally.

They also used language on Canna Companion’s website and social media accounts that made the product sound like a drug, rather than a supplement, which the FDA noticed. This included phrases as innocuous as “safe and effective” and bolder claims like “reduce cancer-associated symptoms.”

“Being vets, we are required by law to use medical terminology,” Brandon says, explaining the original phrasing. “We don’t say an animal has tummy pains. We say they have gastritis and we use those terms.” But she understood the FDA’s point of view, and the company updated the language on its site and social media accounts.