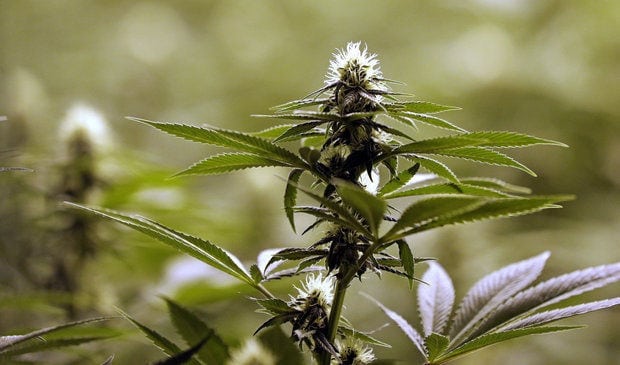 Investors contributed $4 million to each of nine limited liability corporations tied to ResponsibleOhio last year, according to securities offering filings with the U.S. Securities and Exchange Commission. ResponsibleOhio officials have said they expect to spend more than $20 million to get their constitutional amendment on the statewide ballot and passed by a majority of voters in November.

ResponsibleOhio’s proposed constitutional amendment would establish a legal marijuana industry fueled solely by marijuana grown at 10 sites, which would be owned and operated by investor groups. The organization has revealed a dozen investors including basketball all-star Oscar Robertson, former Browns player Frostee Rucker and fashion designer Nanette Lepore, a Youngstown native, and has promised to reveal more in the coming months.

Ten state-registered limited liability corporations hadcontributed $1.7 million to ResponsibleOhio’s political action committee before the end of January, according to a campaign finance filing with the Ohio secretary of state. The group had spent $1.3 million at that point, mostly on political consulting from The Strategy Network, run by ResponsibleOhio Executive Director Ian James, and attorneys.

Funneling campaign contributions through LLCs isn’t illegal, but it adds another layer of mystery to a plan criticized for its secrecy.

“The almost complete lack of transparency that we’ve seen from this group makes it hard to comment intelligently on whatever they’re trying to accomplish here,” Jon Allison of Drug Free Action Alliance said. “When they could come out and explain to the public exactly what they intend to do with these proposed sites and who’s going to be involved, they choose instead not to do that.”

Nine of those 10 LLCs filed securities offerings with the SEC in November, each listing $4 million investments for a total of $36 million. The filings list James, public policy consultant Chris Stock and investor James Gould as promoters.

ResponsibleOhio estimates the industry would reach $2 billion by the fourth year of operations, with $554 million in annual tax revenue for local governments, marijuana research and drug treatment by the fourth year of operation. Spokesperson Lydia Bolander said changes reducing the tax paid by retail customers from 15 to 5 percent lowers the effective tax rate from between 30 and 35 percent to 22 percent — lower than the effective rates on recreational marijuana in Colorado and Washington state.

Alan Mooney, a Columbus-area investor named by the group in January, touted the benefits of the industry in an online video that has since been removed from his website, the Dayton Daily News reported.

In the video, Mooney pitched legal marijuana to possible investors a “green rush” with business opportunities “beyond your imagination.”

“Let’s hop on this tsunami of money and ride the top of that wave to some enrichment for us,” he said.

Mooney told the Daily News he supported legalization in part because of his time serving as a prison minister, saying enforcing marijuana laws are “costly and unjust.”

“Its content was not approved by the campaign, and it is not representative of the numerous other responsible investors who are working to increase safety, create jobs and offer adults the freedom to access marijuana for medical and personal use,” Bolander said. “The state is currently spending $120 million a year to enforce failed marijuana prohibition and we don’t think there’s any reason to wait in coming up with an alternative.”

ResponsibleOhio’s first proposed amendment was rejected by Ohio Attorney General Mike DeWine for at least two parts of the summary not reflecting the full text of the amendment. The group on Tuesday resubmitted language revised per DeWine’s suggestions and also to allow Ohioans to possess up to four flowering marijuana plants for personal use.

If approved by DeWine and deemed one issue by the Ohio Ballot Board, ResponsibleOhio must then collect more than 305,591 signatures of Ohio voters by July 1 to put the issue on the November ballot.