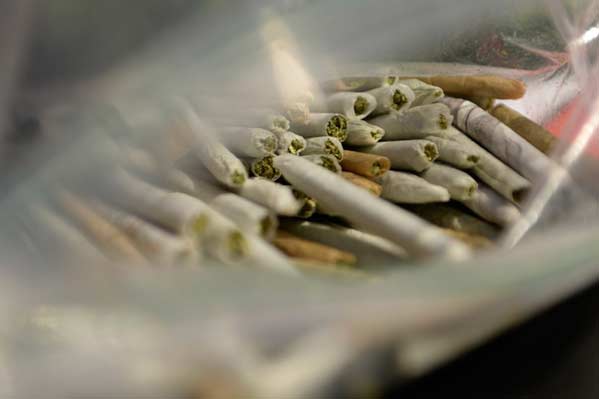 By The Associated Press

NEW YORK — A small study of casual marijuana smokers has turned up evidence of changes in the brain, a possible sign of trouble ahead, researchers say.

The young adults who volunteered for the study were not dependent on pot, nor did they show any marijuana-related problems.

“What we think we are seeing here is a very early indication of what becomes a problem later on with prolonged use,” things like lack of focus and impaired judgment, said Dr. Hans Breiter, a study author.

Longer-term studies will be needed to see if such brain changes cause any symptoms over time, said Breiter, of the Northwestern University Feinberg School of Medicine and Massachusetts General Hospital.

Previous studies have shown mixed results in looking for brain changes from marijuana use, perhaps because of differences in the techniques used, he and others noted in Wednesday’s issue of the Journal of Neurosciences.

The study is among the first to focus on possible brain effects in recreational pot smokers, said Dr. Nora Volkow, director of the National Institute on Drug Abuse. The federal agency helped pay for the work. She called the work important but preliminary.

The 20 pot users in the study, ages 18 to 25, said they smoked marijuana an average of about four days a week, for an average total of about 11 joints. Half of them smoked fewer than six joints a week. Researchers scanned their brains and compared the results to those of 20 non-users who were matched for age, sex and other traits.

The results showed differences in two brain areas associated with emotion and motivation — the amygdala and the nucleus accumbens. Users showed higher density than non-users, as well as differences in shape of those areas. Both differences were more pronounced in those who reported smoking more marijuana.

Volkow said larger studies are needed to explore whether casual to moderate marijuana use really does cause anatomical brain changes, and if so, whether that leads to any impairment.

The current work doesn’t determine whether casual to moderate marijuana use is harmful to the brain, she said.

Murat Yucel of Monash University in Australia, who has studied the brains of marijuana users but didn’t participate in the new study, said in an email that the new results suggest “the effects of marijuana can occur much earlier than previously thought.” Some of the effect may depend on a person’s age when marijuana use starts, he said.

Another brain researcher, Krista Lisdahl of the University of Wisconsin-Milwaukee, said her own work has found similar results. “I think the clear message is we see brain alterations before you develop dependence,” she said.