Could cannabis have antipsychotic properties?

Could cannabis have antipsychotic properties?

In addition to psychoactive chemicals, cannabis contains components that may have a protective effect in mental illness. 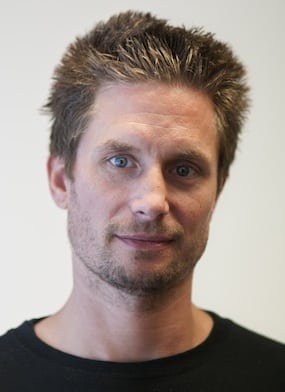 When Dr Tim Karl, a senior scientist at NeuRA, says he believes that marijuana has potential as a treatment for schizophrenia, he’s adding fuel to a very contentious fire.

Marijuana – or cannabis, as it is otherwise known – is a controversial substance, particularly in light of evidence that it can trigger the development of schizophrenia in some people.

But cannabis, says Dr Karl, is made up of dozens of chemical components that can have widely varying effects on the brain.

Dr Karl and his team are investigating a component called cannabidiol, or CBD. CBD is thought to reduce the psychoactive effects of the most well-known component of cannabis, THC.

THC (Δ9-tetrahydrocannabinol) is the main active chemical in cannabis, and is known to increase psychotic symptoms in people with schizophrenia.

“We’re looking at whether CBD just has the capacity to block the effects of THC, or whether it has an independent anti-psychotic effect,” says Dr Karl.

“If CBD is shown to have anti-psychotic properties, I believe it could have therapeutic potential.”

Dr Karl says his interest in schizophrenia developed in part from working in an emergency psychiatric ward in Germany after he finished high school.

“I saw people who had had psychotic episodes, people who were suicidal. I felt deeply sorry for them because their options were so limited,” he says.

Dr Karl saw first-hand the limited effectiveness of the drugs available to those patients in the psychiatric ward – and the need to develop more effective alternatives with fewer side-effects.

The majority of Dr Karl’s work will be done in mice bred to carry a genetic risk factor for schizophrenia, a gene called neuregulin 1 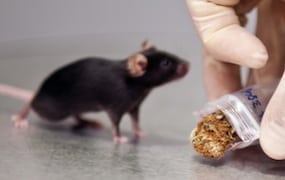 The team has already begun looking at the effects of CBD in mice using various strains of cannabis with different THC:CBD ratios.

“This research will tell us whether particular strains of cannabis are more likely than others to induce psychotic-like symptoms, based on their THC:CBD ratio,” says Dr Karl.

Dr Karl says this research will clarify whether CBD has a protective effect and therefore potential as an anti-psychotic therapeutic.

They will also gain a better understanding of the risks involved in early cannabis abuse and the interactive nature of genetic and environmental risk factors for schizophrenia.

“I don’t believe that my work will cure schizophrenia, but it will give insights into the biological mechanisms of the disorder and might help us develop better treatments,” he says.