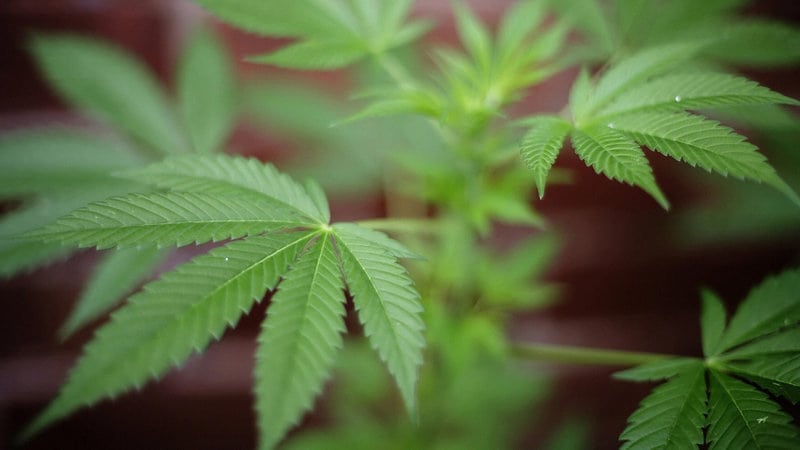 The divide between Republicans and Democrats on pot politics is narrowing, President Barack Obama said in an interview Monday.  “What I’m encouraged by is you’re starting to see not just liberal Democrats but also some very conservative Republicans recognize this doesn’t make sense including sort-of the libertarian wing of the Republican Party,” the president said in an interview with Vice News.  During the wide-ranging interview, Obama noted that the American criminal justice system is “so heavily skewed toward cracking down on nonviolent drug offenders” and has has had a disproportionate impact on communities of color, as well as taking a huge financial toll on states. But, Obama added, Republicans are beginning to see that cost.  “So we may be able to make some progress on the decriminalization side,” Obama said. “At a certain point if enough states end up decriminalizing, then Congress may then reschedule marijuana.”

Changing Attitudes On Marijuana and Reclassifying marijuana as what’s called a Schedule 2 drug, rather than a Schedule 1 drug is part of a bill being pushed by Kentucky Sen. Rand Paul, a Republican weighing a potential White House bid, as well as Democrats Cory Booker of New Jersey and Kirsten Gillibrand of New York.

The unlikely trio of lawmakers unveiled their bill, which would also remove federal prohibitions on medical marijuana in the more than a quarter of states where it’s already legal, last week.”We, as a society, are changing our opinions on restricting people’s choices as far as medical treatments,” Paul, who has been a vocal critic of the so-called war on drugs, said last week.  “There is every reason to try and give more ease to people in the states who want this — more freedom for states and individuals,” Paul added.  Paul’s emphasis on states’ rights is in line with the Republican belief that the federal government should keep its hands out of local affairs. But this is also a political sweet spot as a majority of Americans back more liberal marijuana laws.  In fact, 51 percent of Americans said they favor legalization of marijuana, according to the most recent Gallup survey. That’s part of a decade-long trend more in favor of legalization. In 2004, nearly two-thirds of Americans were against it. 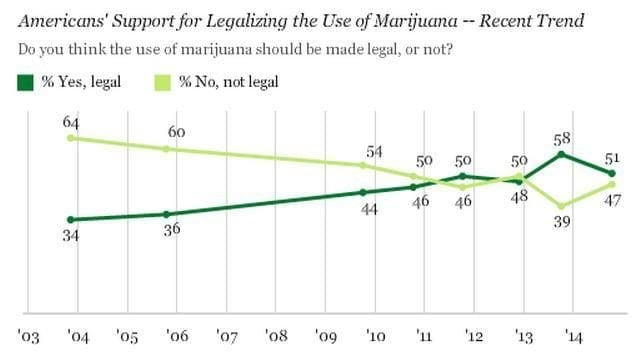