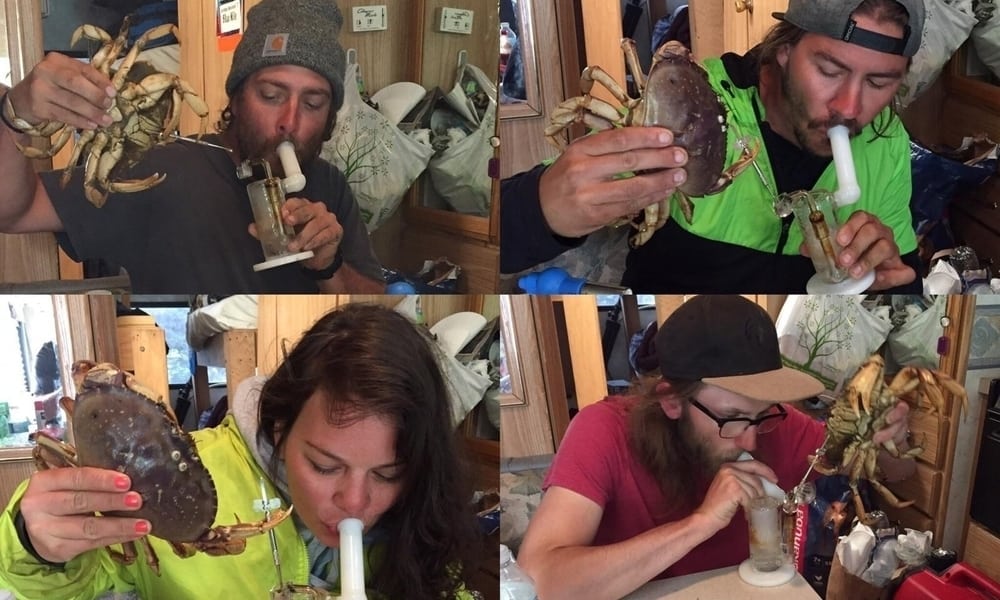 There’s a new trend out there among weed smokers called the “crab dab challenge”. And it’s just as wild as it sounds.

Over the last few years, people on social media have been filming strange stunts and calling them “challenges.” It started out mild with the ice bucket and cinnamon challenges. Now, kids are lighting themselves on fire with rubbing alcohol or dumping boiling water on unsuspecting victims for the ‘gram.

The worst recent challenge would have to be the tide pod challenge. Biting into a capsule filled with toxic detergent is apparently cool to kids today.

Weed smokers have started their own viral sensation called the “crab dab challenge.” Fortunately, this fad doesn’t involve harming oneself or others for temporary internet fame. However, the participants are mildly annoying crabs for a laugh.

The crab dab challenge nearly speaks for itself. It involves dabbing with the assistance of a maritime friend. Participants simply allow the crab to hold their dab tool for them. Then, they position the crab to put the dab into their quartz banger. Once the dab has completely melted off of the tool, we assume the crab is set down and a carb cap is picked up for a low-temperature dab.

There’s no limit to what a weed smoker will do when they’re bored. We’ve seen countless ways to blaze even without a pipe or papers. Being stuck on a crabbing boat probably only makes matters worse.

It hasn’t quite caught on but a group of weed smokers has started to participate in the crab dab challenge. As strange as crab dabbing might be, it’s nowhere near as crazy as the guy dabbing a tide pod. Even so, we don’t recommend using crabs for your entertainment. Not unless you want the infamous animal rights group PETA on your ass. Using a quartz insert, you won’t need a crab to hold your dab tool. You can just prefill the insert and drop it in shortly after you finishing torching a 710 Life quartz banger.

Tags: casual use of marijuana

Tags: casual use of marijuana