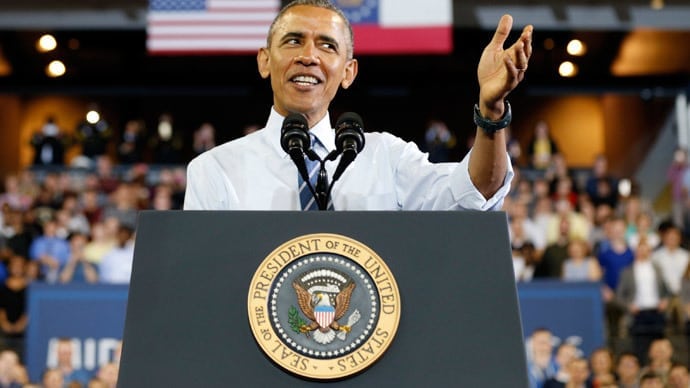 President Barack Obama said he is starting to see liberals and conservatives recognizing that current marijuana laws don’t make sense, and how costly it is to incarcerate individuals for non-violent drug offenses.

In an interview with Vice Media co-founder Shane Smith, President Obama seemed to initially dismiss the topic of marijuana legalization, telling Smith he understands interest in the drug before arguing that the issue “shouldn’t be young people’s biggest priority.”

Young people should care about “climate change, the economy, jobs, war and peace,” Obama said. Maybe at the bottom of that list, he added, “you should be thinking about marijuana.

Still, Obama said he would separate out the issue of criminalization of marijuana from encouraging its use. He said there is no question the criminal justice system is heavily centered on cracking down on non-violent offenders, and that the policies have had a terrible effect on many communities, in particular communities of color. That has made a lot of people unemployable because they received felony records and disproportionate sentences.

This practice is “rendering a lot of folks unemployable because they’ve got felony records, disproportionate prison sentences. It costs a huge amount of money to states and a lot of states are figuring that out,” Obama told Vice.

“We may be able to make some progress on the decriminalization side. At a certain point, if enough states end up decriminalizing, then Congress may then reschedule marijuana.”

Marijuana is currently classified as a Schedule I drug, which means it has a high potential for abuse and no currently accepted medical use. It’s in the same category as heroin and LSD.

Last week, Sens. Cory Booker (D-N.J.), Rand Paul (R-Ky.) and Kirsten Gillibrand (D-N.Y.) introduced a bill that would reclassify marijuana from a Schedule I drug to a Schedule II drug, which has lower potential danger and recognized medical benefits.

“What I’m encouraged by is you’re starting to see not just liberal Democrats, but also some very conservative Republicans recognize this doesn’t make sense – including the libertarian wing of the Republican Party,” said Obama.

However, when it comes to full-blown legalization, Obama said there are still concerns that have to be thought through.

“I think there is a legitimate concern about the overall effects this has on society, particularly vulnerable parts of our society,” Obama said. “Substance abuse generally, legal and illegal substances, is a problem. Locking somebody up for 20 years is probably not the best strategy, and that is something we have to rethink as a society as a whole.”