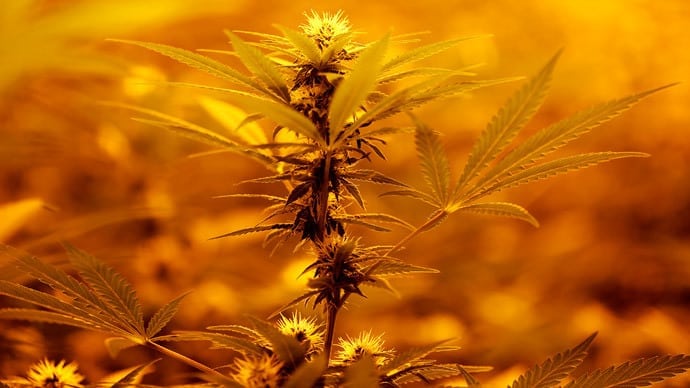 Sens. Cory Booker (D-New Jersey), Kirsten Gillibrand (D-New York) and Rand Paul (R-Kentucky) will unveil their bill ‒ called the Compassionate Access, Research Expansion and Respect States (CARERS) Act ‒ on Tuesday. If passed, the bill would “allow patients, doctors and businesses in states that have already passed medical marijuana laws to participate in those programs without fear of federal prosecution,” according to a joint statement.

So far, 23 states and the District of Columbia have legalized medical marijuana. Another dozen states have passed or are in the process of passing legislation regulating the use of cannabidiol (CBD) oils in those locations. However, if the federal government so chooses, they could prosecute the prescription pot users for violating national drug laws.

Several bills that would legalize medical marijuana on the federal level have already been introduced in the House of Representatives. Approximately two-thirds of Americans believe the federal government should not interfere with state laws on the subject, according to a poll published in December.

“The introduction of this legislation in the Senate demonstrates just how seriously this issue is being taken on Capitol Hill,” Dan Riffle of the Marijuana Policy Project said in a statement. “This is a significant step forward when it comes to reforming marijuana laws at the federal level.”

Advocates of using the plant for medicinal use cheered the senators’ move.

“Almost half the states have legalized marijuana for medical use; it’s long past time to end the federal ban,” Michael Collins, policy manager for the Drug Policy Alliance (DPA), said in a statement. “This bipartisan legislation allows states to set their own medical marijuana policies and ends the criminalization of patients, their families, and the caregivers and dispensary owners and employees who provide them their medicine.”

Paul has previously railed against several fellow Republicans who have said they are against medical marijuana, specifically potential 2016 GOP presidential candidate Jeb Bush, the former governor of Florida.

Bush told the Boston Globe in January that he had drank alcohol and smoked pot in high school. However, he has consistently opposed efforts to legalize marijuana or even loosen its penalties, Politico reported. The former governor urged voters to oppose a Florida ballot initiative in November that would have approved medicinal use of the drug.
I think it’s hypocritical that someone who used marijuana as a kid and now has harsh laws over it,” Paul told Fox News on Sunday.

The Kentucky Republican also called Bush a hypocrite in the Hill newspaper over his stance earlier this year, after reading the Globe interview.

Gillibrand has been a staunch advocate of medical marijuana. In September, she joined fellow New York Senator and Democrat Charles Schumer to request that the Department of Justice (DOJ) issue a waiver to grant children in New York suffering from epilepsy and seizures access to the ‘Charlotte’s Web’ strain of medical marijuana before legalization was implemented in the state, according to a press release.

Booker and Paul worked together in June to author an amendment to a bill that would have broadly banned DOJ action against state medical marijuana laws. It mirrored a similar bill that was attached to a House spending bill that passed the lower chamber in May.