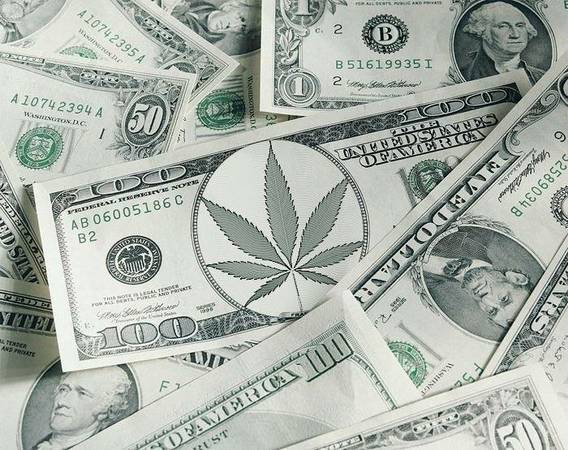 Four states have legalized recreational marijuana, and 23 states plus the District of Columbia have legalized medical use. But federal law still classifies it as a controlled substance, regardless of how legal it is in the states. There’s a lot more than taxes at stake, since federal drug crimes and seizures are nothing to sneeze out. Yet taxes are huge issues too.

Paying state tax on marijuana admits you are violating federal criminal law, right? It sure seems that way, which is why there’s a lawsuit challenging the taxes as violating your right not to incriminate yourself. Yet state efforts to tax this new cash crop and its blooming legitimacy are growing. But what about the IRS? It is federal, and Marijuana remains illegal nationally. Even so, the tax law is clear that even criminal income has to be reported to the IRS. Remember Al Capone?

As a result, even legal medical marijuana businesses have big federal income tax problems: tax evasion if they don’t report, and a considerably smaller risk of criminal prosecution if they do. More imminent, though, is the risk of being bankrupted by their IRS tax bill. That’s because Section 280E of the tax code denies even legal dispensaries tax deductions because marijuana remains a federal controlled substance. The IRS says it has no choice but to enforce the tax code.

One answer is for dispensaries to deduct expenses from other businesses distinct from dispensing marijuana. If a dispensary sells marijuana and is in the separate business of care-giving, the care-giving expenses are deductible. If only 10% of the premises is used to dispense marijuana, most of the rent is deductible. Good record-keeping is essential, but there is only so far one can go.

Recently, the IRS issued guidance about how taxpayers “trafficking in a Schedule I or Schedule II controlled substances”—yes, the IRS means Marijuana dealers–can determine their cost of goods sold. After all, you have to report your profit, but how do you do that? If you buy goods for $10 and resell them for $20, your profit is $10. Your cost of goods sold is $10.

The IRS guidance (ILM 201504011) is complex, but tries to answer how dealers can determine cost of goods sold, as well as whether the IRS auditing a dealer can make them change. There is considerable tax history in the IRS missive. The IRS is clear that you can deduct only what the tax law allows you to deduct. The trouble started in 1982, when Congress enacted § 280E. It prohibits deductions, but not for cost of goods sold.

Funnily enough, most businesses don’t want to capitalize costs, since claiming an immediate deduction is easier and faster. In the case of marijuana businesses, the incentive is the reverse. So the IRS says it is policing the line between the costs that are part of selling the drugs and others. Sure, deduct wages, rents, and repair expenses attributable to production activities. They are part of the cost of goods sold. But don’t deduct wages, rents, or repair expenses attributable to general business activities or marketing activities that are not part of cost of goods sold.