THC (Tetrahydrocannabinol): The Most Popular Cannabinoid 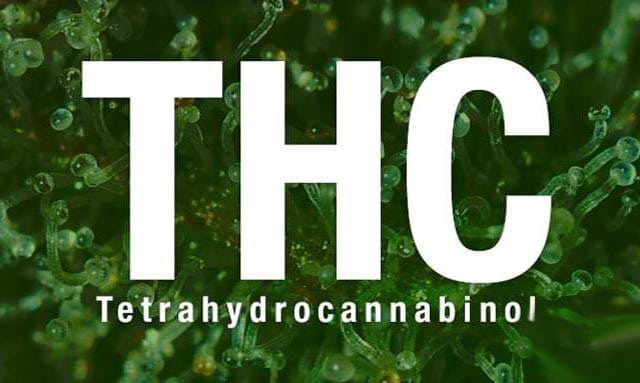 What is  THC (Tetrahydrocannabinol)?

For years, THC was the only cannabinoid that got any attention. It is widely considered the most psychoactive cannabinoid in the cannabis plant, and a lot of the world’s best breeders placed a priority on plants that could deliver high numbers until recently. Despite its popularity, there are still a good bit people who don’t even know that THC stands for tetrahydrocannabinol.

Although breeders previously aimed for strains with high amounts of tetrahydrocannabinol, it is the result of numerous chemical reactions. The plant starts by producing cannabigerolic acid (CBGA). From here, a portion of the CBGA is converted to tetrahydrocannabinol carboxylic acid (THCA), which becomes THC when exposed to heat or UV light. Because of this decarboxylation process, most of the drug you experience when smoking cannabis is actually THCA in the flower form.

This is definitely the best way to measure the amount of tetrahydrocannbinol  you will experience when smoking, but research has suggested that no more than 70% will be converted when exposed to exteme heat. Instead, it will remain in the form of THCA.

What Are The Effects Of THC?

Tetrahydrocannabinol (THC) is a phytocannabinoid that activates the CB1 and CB2 receptors in the body. The CB1 receptors are generally located in the nervous system and they are responsible for the psychoactive effect that THC can cause. The CB2 receptors, on the other hand, are more located in the immune and gastrointestinal systems. They play a major role in minimizing inflammation.

One instance where the benefits of THC are obvious is the the treatment of Crohn’s Disease. A recent study published by Meir Medical Center and Sackler Faculty of Medicine found that THC can cause remission of Crohn’s Disease. This is a direct result of its interaction with the CB2 receptor; it minimizes the inflammation Crohn’s Disease causes.

THC has been linked to an improvement in symptoms of Tourette’s disorder, Glaucoma, and eating disorders, among others.

In terms of the CB1 receptor, a study performed by the University of Haifa in Israel showed that THC can help minimize the negativeeffects of stress. Because THC activates the CB1 receptor, it promotes a process called Long Term Potentiation, which improves the ability to learn. It also can help protect spatial memories, due to it’s effect in the hippocampus.

How Can THC Help?

Protection from stress isn’t the only psychological benefit of tetrahydrocannabinol (THC). The psychological field have found it useful in the treatment of Post-Traumatic Stress Disorder (PTSD) and exposure-based phobia therapy. These are just two of the many forms of anxiety, and cannabis is often used to counteract the other types as well. Psychology has also pointed to THC as a regulator of adult brain development (see Neuroplasticity).

THC has been used to promote a healthy appetite in patients suffering from eating disorders, AIDS and those undergoing chemotherapy.

Tetrahydrocannabinol is not only useful in a scientific manner by any means. In fact, there is a good bit of evidence that suggests it is beneficial as a daily supplement. Mainly because of it’s effect on the CB1 receptors in the hypothalamus, it is used to help regulate appetite.

The importance of heart health can’t be overstated, and a study from Israel concluded that incredibly small doses of tetrahydrocannabinol can help prevent heart attacks. The same study also found a small dose of it could be a useful preparation for heart surgery. It minimized the amount of lasting damage in cardiac tissue post-operation.

THC is A Cannabinoid With A Variety Of Benefits

Because of its psychoactive properties, tetrahydrocannabinol rose to stardom among the cannabinoids. In turn, breeders main goal was to produce as much of the drug as possible. Although new research on the other cannabinoids has shown that trend to be a mistake, not all is lost. 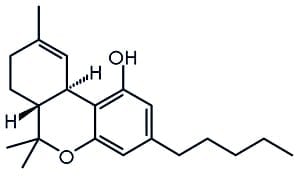 Strains with high concentrations of cannabidiol (CBD) have made their way back into the mainstream and there is a budding trend to develop high cannabigerol (CBG)strains. Although a well-balanced cannabinoid profile is certainly ideal, strains high in THC have shown to serve a purpose. Not only is it beneficial as a supplement to everyday life, but it has successfully helped a number of people deal with incurable diseases.

That being said, tetrahydrocannabinol can be quite useful for anxiety if the dose is managed appropriately; just take it slow, it is a natural compound and more findings about its benefits seem to present themselves everyday. Its psychoactive properties caused it to rise to fame and its not likely it will fall off anytime soon.