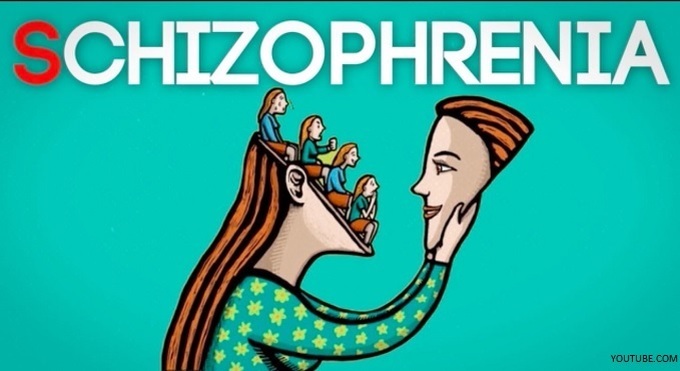 Metal Illness May Lead to Cannabis Use, Not the Other Way Around

Schizophrenia refers to a group of conditions in which brain function is so impaired that sufferers lose touch with reality. It affects over 7.5 millionadults in the United States, usually starting in their early 20s for men and slightly later in life for women.  Traditional treatments do little to treat negative symptoms such as a flat emotional state, a struggle to feel pleasure, and a lack of motivation to engage socially.

Psychosis isn’t the only defining feature of schizophrenia. The condition is a complex syndrome characterized by a range of symptoms that fall into positive, negative, and cognitive categories. Positive symptoms are the delusions, hallucinations, and disorganized speech that characterize psychosis and are associated with losing touch from reality. Pharmaceutical treatments for schizophrenia, called antipsychotic medications, target these positive symptoms.

Traditional pharmaceutical treatments, though, do little to treat negative symptoms such as a flat emotional state, a struggle to feel pleasure, and a lack of motivation to engage socially. They also fail to improve cognitive deficits, often leaving patients with impaired attention, memory, and problem-solving abilities.

People struggling with schizophrenia may try to alleviate their symptoms by self-medicating with cannabis.

“Our findings may indicate that individuals at risk for developing schizophrenia” experience symptoms “that make them more likely to start using cannabis to cope or self-medicate,” wrote the study’s authors.  The peer-reviewed report, which included contributions from more than 80 researchers around the world, was based on the largest genetic study of cannabis use ever undertaken.  Scientists have long suspected a connection between cannabis use and schizophrenia. But the research remains unclear about a possible causal relationship between the two.

The Nature Neuroscience study was based on gene testing of more than 184,000 people, including 22,000 clients of 23andMe, the personal health and ancestry company. The study was coordinated by the International Cannabis Consortium, a project to identify genetic risk variants for cannabis use.

“Previous studies have shown that genetic risk factors for cannabis use and schizophrenia are positively correlated,” the authors noted.

In general, those studies have indicated that cannabis use by young people doesn’t itself cause schizophrenia—the evidence has pointed more to a dynamic where cannabis use can speed up the emergence of the mental disorder among those who have a genetic predisposition to the disease. That’s an especially critical concern because studies have shown that the earlier schizophrenia manifests in a person’s life, the more difficult it is to control and effectively manage.

Why? One theory is that people struggling with early signs of schizophrenia may try to calm their brain and alleviate other symptoms by consuming cannabis.

“Our findings may indicate that individuals at risk for developing schizophrenia may experience prodromal symptoms”—in other words, early signs of the condition—“or negative affect that make them more likely to start using cannabis to cope or self-medicate,” the report says.

The authors of the study suggest a number of theories for those positive correlations. Cannabis use is associated with higher childhood family socioeconomic status in the United States, for instance—so those who tend to consume cannabis also tend to have more family resources to support them on a path leading to higher education and income. The authors also suggest that people raised in families of higher socioeconomic status may have increased access to cannabis.

One of the most intriguing parts of the study, though, indicated a positive correlation between cannabis use, risk-taking behavior, and “openness to experience.” Openness to risk and new experiences are also—although the authors don’t acknowledge it—traits that can lead to success in education and income.  People are always looking for a reason to blame their DNA or their Childrens DNA on Drug Use,  because to be honest Meth and Coke can cause metal illness or psychotic breaks when under large amounts with no sleep, but cannabis is not a drug like any other, it is hard wired into our DNA and people with mental illness tend to like its calming affects.

In the push for cannabis legalization, the link between cannabis and schizophrenia sometimes enters the discussion. Many fear that cannabis increases risk for developing schizophrenia, while others declare its value in helping relieve symptoms of the condition. But what does the research say about the role of cannabis in developing—and potentially treating—schizophrenia?

How Does CBD Affect Schizophrenia?

The non-intoxicating cannabinoid CBD is being considered as a treatment for schizophrenia. CBD is thought to have antipsychotic effects, but the greatest evidence for its antipsychotic ability is through blocking THC-induced psychosis. On its own, the effects of CBD on schizophrenia symptoms have been mixed. In one report, CBD did not improve psychotic symptoms in patients that responded poorly to traditional antipsychotic treatment. A larger study, though, found that CBD effectively reduced psychotic symptoms.

CBD also has promise in improving the difficult-to-treat negative symptoms and cognitive impairment caused by schizophrenia. Studies in animals found that CBD improved some of the negative symptoms such as social interaction deficits and working memory deficits.

One significant benefit of CBD, should it prove to be an effective antipsychotic medication, is that it’s well-tolerated and has fewer side effects compared to traditional antipsychotics. For instance, CBD doesn’t impactfood intake or weight gain which is a common adverse side effect of antipsychotic medications. More work is needed to hash out these variable effects in humans, but in the meantime, keep the potential risks of THC in mind if you’re at all concerned about cannabis’ effect on schizophrenia.  Mental Illness and Cannabis seem to go hand in hand, because when you boil it all down, we all need a little relaxation in our lives.  Stress triggers mental illness episodes