What is the safest way to dab?

What is the safest way to dab?

Dabbing Cannabis Oil May Expose You To Cancer-Causing Toxins

The safest way to dab…. New research suggests that an increasingly popular method of cannabis consumption (DABBING) may pose more health risks than other methods on a chemical level. safest way to dab is to lower your temps at which you dab at.  Using a torch greatly reduces your ability to know your exact temperature.  Our 710 Life eNail will have you low temp dabbing in seconds!

A study published this month in the American Chemical Society’s ACS Omega found that a method of using cannabis known as dabbing may expose users to elevated toxin levels as compared to other methods. In a study of how the chemicals in concentrated cannabis break down under heat, Portland State University researchers Jiries Meehan-Atrash, Wentai Luo, and Robert M. Strongin discovered that concentrates exposed to the high heat common to dab setups produced elevated levels of carcinogenic and toxic compounds.

Dabbing, a process in which is heat is applied to certain cannabis concentrates to create an inhale-able vapor, has ballooned in popularity over the past several years, in large part because of its capacity to produce an extra-powerful high.

As the study noted, the principal product used in dabbing is butane hash oil (BHO), which is extracted from cannabis by adding and removing butane, and can resultingly have an active THC content of up to 90%–easily several times the amount you might find in regular dispensary-quality cannabis flower, a.k.a bud. 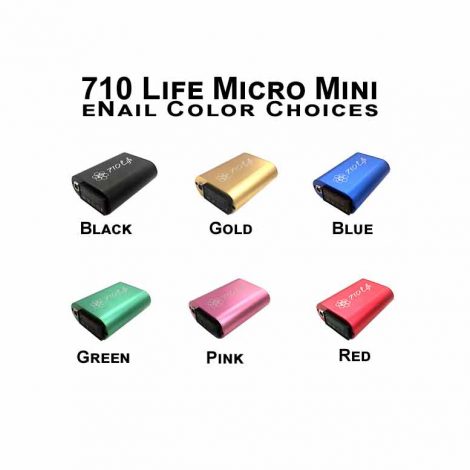 The team also explained, “Different nuances in its processing can lead to slightly different consistencies, which take on terms such as shatter, budder, crumble, pull-and-snap, wax, and so on.”

According to the researchers, a key factor in which chemicals get released is the degree of heat used to activate products, which can themselves contain an array of materials and chemical proportions. In this case, as with previous research on e-cigarettes by the study’s senior author, Robert Strongin, Ph.D., it seems the higher the temperature that a substance’s flavoring terpenes are subjected to, the more carcinogens, toxins, and potential irritants are produced–meaning the (literally) hot art of dabbing could put users at greater risk than other methods.

In the researchers’ simulations, concentrates that were subjected to higher heat seemed to create vapor containing higher levels of methacrolein (MC), a “noxious irritant” related to the powerful pulmonary irritant acrolein, and benzene, a known carcinogen that’s been studied for years. Though benzene is a “ubiquitous pollutant,” unlike MC, the authors wrote, “the concentrations of benzene found in the dabbing terpenes at the highest [temperature range] are far greater than those found in ambient air.”
“The results of these studies clearly indicate that dabbing, although considered a form of vaporization, may, in fact, deliver significant amounts of [toxins],” the authors wrote. “The difficulty users find in controlling the nail temperature put[s] users at risk of exposing themselves to not only methacrolein but also benzene.”

“Additionally, the heavy focus on terpenes as additives seen as of late in the cannabis industry is of great concern due to the oxidative liability of these compounds when heated.” They continued, “This research also has significant implications for flavored e-cigarette products due to the extensive use of terpenes as flavorings.”

Strongin told GEN News that the results of the study show that significant further research is needed to understand the potential impacts of the plethora of cannabis products on the market. “Given the widespread legalization of marijuana in the U.S., it is imperative to study the full toxicology of its consumption to guide future policy,” he said.

The researchers pointed out that this need for research definitely includes dabbing.  It seems that torches actually are turning cannabis into an unhealthy choice. Enails save the day!!!!  lowering your temp to safer levels. turns out that the safest way to dab so far is an enail

“The practice of ‘dabbing’ with BHO has emerged with great popularity in states that have legalized cannabis, and starting to spread world wide”

So stay sharp, dabber friends (whether this study ends up predicting medical consensus or not), and try to turn down the heat if you can, BUY AN ENAIL TO KNOW AND CONTROL YOUR DABS, GET THAT LOW TEMP DAB EVERYTIME.  Getting ultra-high is one thing; playing with fire, biochemically speaking, is another, so drop the unpredicatble temperature of a torch and not only dab safely, dab with the best brand 710 Life enail. Click here to buy yours.  Once you use an enail your will finally see what all the fuss is about.  Controlling your temps not only is better for your health but its provides you better flavor by not frying and burning your material.  Terpenes in cannabis oil can be vaporized at low temps when high temps are applied you lose all that good flavor and their possible medicinal effects are lost as well, this will NEVER HAPPEN WITH A LOW TEMP DIALED 710 LIFE ENAIL.