Terpenes: What Are Terpenoids?

Terpenes: What Are Terpenoids?

Terpenes: What Are Terpenoids
And What Do They Do? 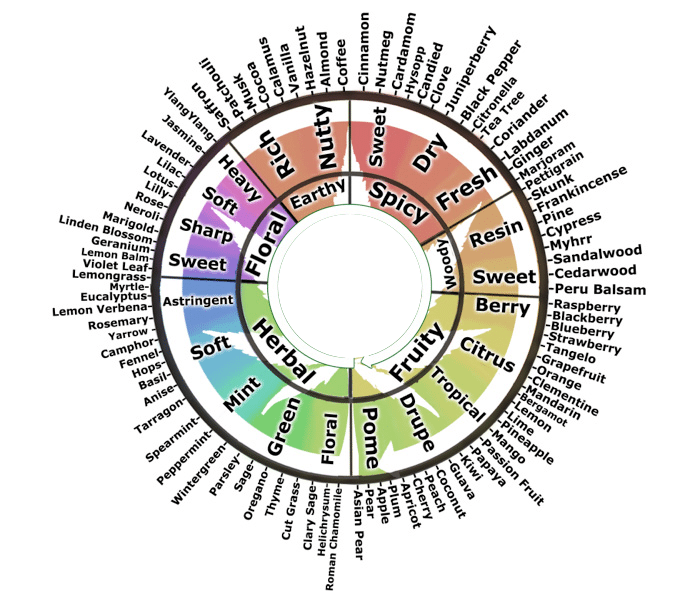 Everyone loves sticking their nose in a big jar of delicious smelling marijuana… But, have you ever wondered what gives your Blue Dream strain that fresh blueberry flavor & scent?

The answer is terpenes. Terpenes (TUR-peen) are a large class of organic hydrocarbons produced by a wide variety of plants, and are referred to as terpenoids when denatured by oxidation (drying and curing the flowers). They are the main building block of any plant resin or “essential oils” and contribute to the scent, flavor, and colors. Some are even known to have medicinal value.

Terpenes are the main class of aromatic compounds found in cannabis and have even been proven to interact synergistically with cannabinoids to provide for a range of different effects. While many people believe that it is the sticky glands of THC (delta9-tetrahydrocannabinol) that provide cannabis with its peculiar aroma, it is in fact the more unstable monoterpenes and sesquiterpenes that are responsible. In fact, it is the smell of the specific sesquiterpene, Caryophyllene oxide that drug dogs are able to detect when probing for cannabis.

Understanding the importance of terpenes allows for a true “connoisseur” to broaden their approach to searching for new strains based on smells and tastes, rather than purely effects.

Terpenes Are The Aromatic Compounds In Cannabis

Typically when you hear the term “aromatic plant,” cannabis is not typically the first example that comes to mind for the majority of people. While typical cooking herbs such as basil, mint, oregano, rosemary and sage are considered aromatic plants because of their desired aroma and flavor (or terpene profile) in the kitchen, cannabis is no different. However, since there are endless combinations of cannabis genetics, the range of terpene profiles is immeasurable.

Terpenes have been found to be essential building blocks of complex plant hormones and molecules, pigments, sterols and even cannabinoids in cannabis. Terpenes also play an incredibly important role by providing the plant with natural protection from bacteria and fungus, insects, and other environmental stresses.

“Terpenes have been found to be essential building blocks of complex plant hormones and molecules, pigments, sterols and even cannabinoids in cannabis.”

More noticeably, terpenes are responsible for the pleasant, or not so pleasant, aromas and flavors of cannabis. Although, over 200 terpenes have been reported in the plant, only a small minority has actually been studied for their pharmacological effects.

A study conducted in 1997 by the Swiss Federal Research Station for Agroecology and Agriculture entitled “Essential oil of Cannabis sativa L. strains” characterized 16 terpenoid compounds in the essential oil of different cannabis strains. The most abundant of which was myrcene. Other terpenes that were present in higher concentrations included alpha-pinene, limonene, trans-Caryophyllene and caryophyllene oxide.

Where Are Terpenes Found & What Benefits Do They Provide?

In addition to cannabinoids, many terpenes are known to have their own pharmacological value as well. For example, alpha-pinene is an organic compound found in the oils of rosemary and sage as well as many species of pine trees. Pinene can increase mental focus and energy, as well as act as an expectorant, bronchodilator, and a topical antiseptic and has been used for thousands of years in traditional medicine to retain and restore memory. It was ALSO found at the highest level in the Green House Seed Company strain, Super Silver Haze.

“Because of Limonene’s potent anti-carcinogenic and anti-fungal properties, it is thought to be the component protecting marijuana smokers from aspergillus fungi and carcinogens found in cannabis smoke.”

Other terpenes such as limonene have relaxing effects and are found in anything with a citrus smell such as oranges, lemons, rosemary, and juniper. Limonene is known to have anti-bacterial, anti-depressant and anti-carcinogenic properties as well. It is thought to quickly penetrate cell membranes causing other terpenes to be absorbed more rapidly and effectively. Because of Limonene’s potent anti-carcinogenic and anti-fungal properties, it is thought to be the component protecting marijuana smokers from aspergillus fungi and carcinogens found in cannabis smoke.

Cannabis is also known for possessing a significant amount of the terpene beta-caryophyllene (BCP). According to Berkely Patients Care, this terpene is responsible for activating the CB2 receptor and acts as a non-psychoactive anti-inflammatory. Because it binds to a cannabinoid receptor, beta-caryophyllene is considered a cannabinoid. The terpene is in many legal herbs and spices and contributes to the spiciness of black pepper. It is also an FDA approved food additive, making it the first dietary cannabinoid.

Myrcene is another abundant terpene in cannabis, mainly sativas, and is a building block for menthol, citronella and geraniol. The terpene possesses muscle-relaxing, anti-depressant, anti-inflammatory, and analgesic effects among other benefits. Myrcene also has an effect on the permeability of cell membranes, which allows for the absorption of more cannabinoids by brain cells.

Myrcene is also a very important chemical in the perfumery industry because of its peasant odor, which is described as clove-like, earthy, and fruity. It can be found in the essential oils of the bay tree, myrcia (where the name comes from), and mangos.

A 1974 study entitled, “Effects of marihuana in laboratory animals and in man” suggested that there may be potentiation of the effects of Delta(9)-THC by other substances present in marijuana. The double-blind study found that marijuana with equal or higher levels of CBD and CBN than THC, induced effects two to four times greater than expected from their THC content. The effects of smoking twice as much of a THC-only strain were no different than that of the placebo.

This suggestion was reinforced by a study done in 2003 by J Pharm Pharmacol called “Medicinal cannabis: is delta9-tetrahydrocannabinol necessary for all its effects?” The scientists compared the effects of a standardized cannabis extract with that of a pure THC (with matched concentrations of THC) and a THC-free extract. They tested the three extracts on a mouse with multiple sclerosis (MS), and a rat brain with epilepsy.

Scientists found that the standardized extract inhibited spasticity in the mouse and caused more of a rapid onset of full muscle relaxation compared to THC alone.

Scientists found that the standardized extract inhibited spasticity in the mouse and caused more of a rapid onset of full muscle relaxation compared to THC alone. The THC-free extract caused no inhibition of spasticity in the mouse, although it did exhibit anticonvulsant activity in the rat brain. However, the standardized extract outperformed the pure THC in all circumstances. Therefore, the effects of THC were modified by the presence of other compon
ents, and thus, THC is not necessary for all the possible medicinal effects of cannabis.

Ethan B. Russo further supported this theory with scientific evidence in his 2011 study, “Taming THC”, in which he proved that non-cannabinoid plant components such as terpenoids serve as inhibitors to THC’s intoxicating effects, thereby increasing THC’s therapeutic index. This “phytocannabinoid-terpenoid synergy,” as Russo calls it, increases the potential of cannabis-based medicinal extracts to treat pain, inflammation, fungal and bacterial infections, depression, anxiety, addiction, epilepsy and even cancer.

Be Aware Of Government Patents and Restricting Laws

If doctors and pharmaceutical companies could stop thinking ONLY about profits and filling their pockets, they might be able to someday realize the potential of this “neglected pharmacological treasure trove,” as Raphael Mechoulam put it so perfectly. Considering the overwhelming majority of the components in cannabis have yet to be fully studied and understood, it seems downright ridiculous to think that any one cannabinoid will provide all the medicinal benefits that cannabis has to offer.

We need to all be aware that the US government has patented certain cannabinoids in cannabis and are pushing for non-smoking, ingestible, pill-form alternatives to medicinal marijuana that would contain only THC (i.e. Sativex and Marinol). This cannot happen or it would completely limit the medical potential of the plant. Because of the many diverse functions of terpenes, there is no way that a single component could possibly provide the same treatment as cannabis in its whole.

Without the patent on the whole plant, pharmaceutical companies would not be able to turn a profit on the plant. However, since they own the patent on certain cannabinoids, as well as the processes of treating patients with those cannabinoids, they can make money off cannabis as long as the laws work in their favor.