Are Mexican Drug Cartels Withdrawing From US Cannabis Market?

Are Mexican Drug Cartels Withdrawing From US Cannabis Market? 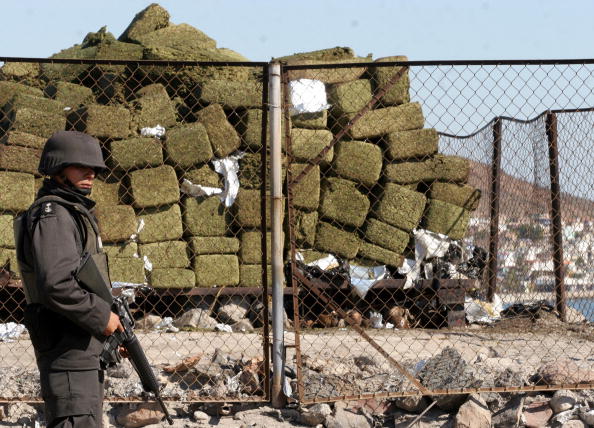 New data is suggesting that Mexican drug cartels, for decades among the top distributors of cannabis in the United States, may be exiting that once-profitable trade in lieu of smuggling more dangerous — and profitable — drugs like heroin and methamphetamine. According to the Washington Post, the total amount of cannabis seized at the U.S.-Mexico border by federal and local officials has dropped by an astounding 37 percent since 2011, while interdicted shipments of heroin have nearly tripled in the same period.
The illegal smuggling of cannabis into the U.S. has long been a mainstay of the cartels’ revenue, accounting historically for up to 40 percent of all the money such organizations make (see Marijuana Legalization: What Everyone Needs to Know, 2012). In light of such a traditionally lucrative market, the apparent drop in imports is especially telling.
It is possible that the cartels have merely changed tactics by eschewing border smuggling in favor of producing illegal cannabis within the U.S. border, and indeed it is widely believed that Mexican cartels and other drug trafficking organizations have made a practice out of setting up illegal cannabis farms in the national forests of Northern California. Yet such illegal grows were already well established before the present drop in cannabis smuggling at the border, making it unlikely that the cartels have cut off their cannabis smuggling operations in favor of cannabis cultivation operations. If they have, they have done so in a way that’s highly discreet: Mendocino County Sheriff Tom Allman, who has campaigned against grows in the Mendocino National Forest since 2010, told the county’s Board of Supervisors this summer that 2014 was the first year his team were unable to find any such “trespass grows” in the forest. “It doesn’t mean there weren’t any,” noted Allman. “We just didn’t locate any at that time.”
Drug war experts are instead explaining the drop in cannabis shipments on a more sophisticated consumer market in the U.S. “Legalization of marijuana for recreational use has given U.S. consumers access to high-quality marijuana, with genetically improved strains, grown in greenhouses,” Raul Benitez-Manaut, a drug war expert at Mexico’s National Autonomous University, told the Post. “That’s why the Mexican cartels are switching to heroin and meth.” Benitez-Manaut could have added that since almost half of U.S. states have passed some kind of medical marijuana reform, many patients in those states now longer have to resort to illegal channels to obtain their medicine.
While it appears likely that the cartels are pivoting their strategy, it must be remembered that supply is only one side of the equation: demand is at least as important in determining the amount of drugs shipped across the border. This is apparently the reason why, although cartels are stepping up shipments of heroin and methamphetamine to compensate for lost cannabis sales, they have not done the same for another traditional mainstay of their business: cocaine. In the same period that cannabis smuggling interdiction dropped by 37 percent, in fact, cocaine interdictions dropped by over 50 percent — from 27,444 kilograms in 2011 to 11,917 kilograms in 2014. This drop in interdicted shipments follows close on the heels of an estimated 40 percent drop in U.S. demand for cocaine.
Taken together, these figures paint a telling picture of the complex world of global drug economics. While they reveal the promise of how drug policy reform and demand reduction can greatly reduce the power of violent trafficking organizations, they also show how quickly sophisticated traffickers can adjust their tactics. Like a many-headed hydra, these groups are quite capable of producing new income streams to replace any which have been cut off piecemeal.