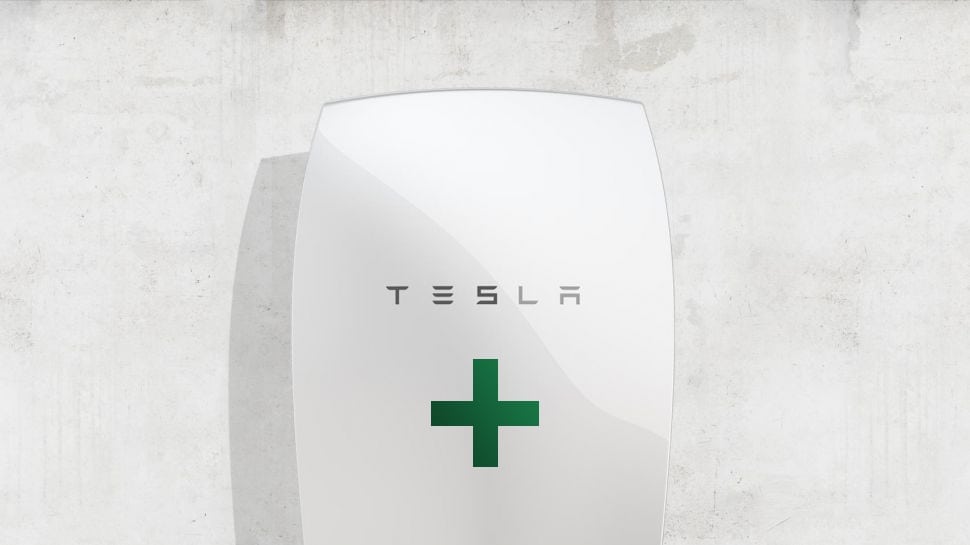 A medium-sized commercial weed grow with around 50 lights stands to save about $13,500 in electricity costs a year with the use of two Tesla Batteries. Those will also protect the plants in case of power outages while making the operation less visible to law enforcement. Elon Musk just made growing weed easier.

Unveiled last night, the Tesla Battery gives home owners and businesses an easy, slick, affordable way to store electricity at home. The 10kWh battery costs just $3,500 and can be “stacked” in sets of up to nine units. Larger capacity batteries of infinitely-scaleable capacity will be available to large businesses and governments. There’s three general use cases for the battery: storing electricity purchased during cheaper, off-peak hours for use during high-demand periods; storing electricity generated by solar power or other renewable sources for use around the clock; and as a backup power source for when the grid goes down.

Know who uses an awful lot of electricity? Weed growers. We just called one and put him on the phone with a commercial energy use management expert to figure out how the Tesla Battery will benefit his home operation and others like it.

Our friend’s operation is small, but profitable. With eight to ten grow lights running 16-20 hours a day in his garage, as well as air-conditioning during hotter parts of the year, his monthly electricity bill is around $2,100, including his home use.

As a domestic consumer of electricity, he’s currently purchasing flat-rate power. In that current arrangement, the Tesla Battery would not save him money day-to-day. Where it would help would be during a power outage, where it would enable him to keep at least some of his lights on, part of the time. In total, those lights alone are using up to 250kWh of power a day, so even two 10kWh batteries could only keep some of the lights on part time.

But, that could be enough to prevent a large financial loss. “The plants start to get angry after about 72 hours without power,” the grower explains. “They won’t die, but the plants in veg will think it’s time to flower and switch over.”

In the lifecycle of a marijuana plant, the vegetative state is where the plants are growing. Depending on the individual plants and the method with which they’re being grown, this stage can last from two weeks to two months. Premature flowering would lead to smaller plants producing fewer, smaller buds and therefore a smaller crop.

The point in the plant lifecycle at which a power outage occurs, its duration and the amount of marijuana being grown will combine to determine the financial loss, but it’s safe to say that the Tesla Battery could throw growers a lifeline during extreme weather or natural disasters.

We’ve all heard stories about growers being outed by the energy intensive nature of their work. Roofs over grow rooms free of snow during winters or insanely high electricity bills have all, in those stories at least, tipped off the cops.

“It doesn’t work that way,” the grower explains. “The cops have to present a warrant to the electricity company to get your bill and, for that, they need probable cause. No, the electricity companies don’t always demand that warrant, but generally, this isn’t how it works. They’re not going through every power bill, looking for suspiciously high ones.”

One of the other touted benefits of the Battery is its ability to facilitate off-grid living. By hooking it up to solar panels, the Battery can store energy during the day, then keep your house powered throughout the night. Or your off-grid grow, maybe?

“I haven’t seen any solar-powered indoor grows yet,” says our guy. “I suspect the costs of the panels are still way too high.”

He’s right. The most powerful solar panel kit currently available at Home Depot costs $12,388 and produces only 3,800 to 8,900kWh a year. Best case scenario, that yearly total is only enough to power our buddy’s 8-10 lights for a little over a month. Look at it from a cost perspective and 10 times the price of his monthly electricity bill (lights only) nets him about 1/10th the power. And that’s before buying any batteries, Tesla or otherwise.

At this point, the real savings possible with the Tesla Battery come with scale. But not that much more. 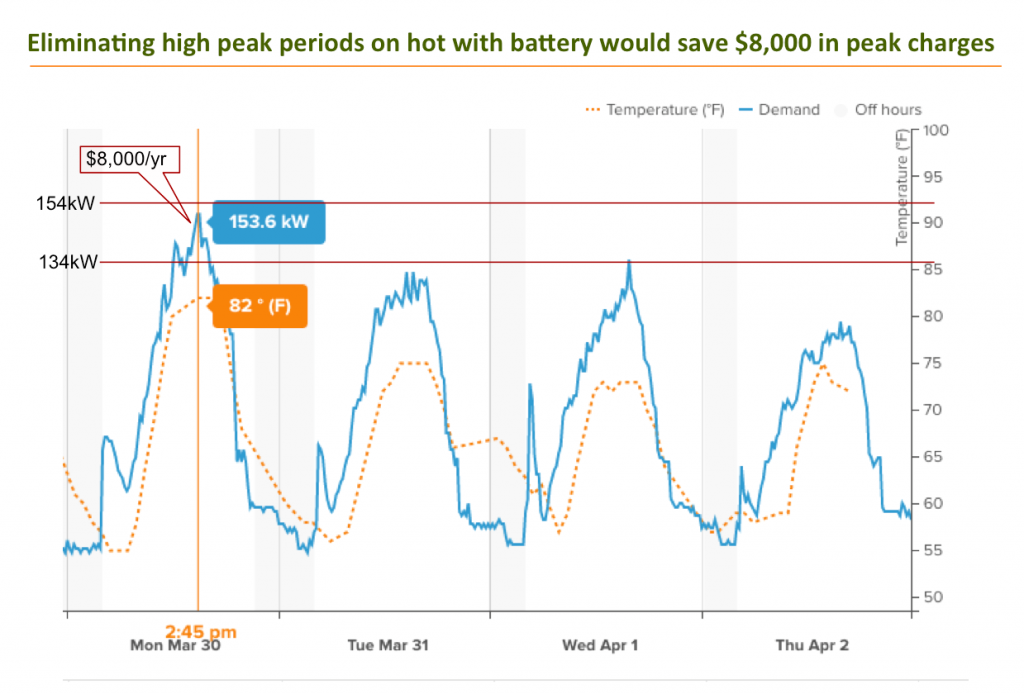 Our commercial energy consumption management expert sat down and ran the numbers assuming a medium-sized, 50-light commercial operation running its A/C during the day. These numbers are based on commercial electricity rates here in California, where the company is paying a premium during high-demand hours.

With two 10kWh Tesla Batteries giving this commercial grow the ability to shift some of its load to off-peak hours, savings in demand charges alone would total $8,000 a year, while use charges would lower by $5,500, for a total savings of $13,500.

Of course, even just at 50 lights, we’re talking about a multi-million dollar operation, making this sound like relative chump change. Worthwhile — the batteries would be paid for in just over 6 months of savings — but hardly revolutionary.

“Where these batteries might start to make sense for small growers is when LEDs are optimized for herb,” says our grower. He’s skeptical of the light quality produced by current LED grow lights, but sees that technology being optimized for marijuana in the near future. When it is, it could drastically lower the energy consumption of growing, reducing electricity used by the lights alone by 60 percent or more. Lower outright energy consumption will reduce the cost of growing, of course, but it also shifts the amount of consumption into a range that could be more easily handled by Tesla Batteries.

Given the current pace of marijuana legalization, the need for clandestine home grows may largely be eliminated by the time dipping energy consumption and increasing battery capacity meet in a home solar power sweet zone, but as a massive electricity consumer, it does look like the marjiuana industry is going to profit from the same Tesla Battery benefits everyone else will — reduced peak demand and increased stability during outages.