Too Stoned to Drive?

Too Stoned to Drive?

Too Stoned to Drive? New App Can Determine If You’re Taking the High Road 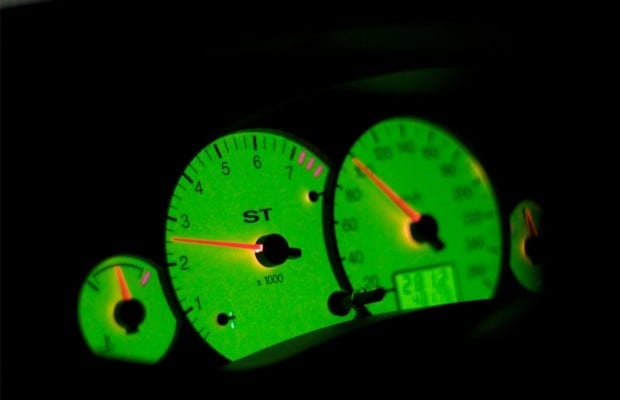 Researchers at Arizona State University in Tempe have created an app that helps ascertain whether someone is too high to drive. The technology allows the app to be downloaded to most smartphones and tablets and provides cannabis users with an easy means of monitoring their own sobriety.

According to reports, the app uses high-speed cameras to detect uncontrollable, jerk-like eye movements. To use the app, cannabis users simply stare into their phone’s camera and the technology measures the fixed, rapid, involuntary eye movements also known as saccades. Such movements can actually reveal what’s going on in the brain, unveiling an impairment, whether temporary or not. The same measurements are detected if the user stares into the camera of a police officer’s phone.

The app gauges the driver’s microsaccades similar to when administering a field sobriety test, where an officer has the driver follow an object like a pen or penlight with his eyes.

“It’s a noninvasive test that employs a proven technology that is currently being used to diagnose neurological disease,” Richard Dale, executive director of ASU’s Center for Emergency Management and Homeland Security, said in a statement.

Most experts agree that evaluating impairment from marijuana use is scientifically complex and would prove daunting to law enforcement. The landscape of monitoring stoned drivers is a hazy one, given that there is no marijuana breathalyzer.

Last year, at a panel discussion at CU Denver, experts argued both the pros and cons of regulating stoned drivers. Lonnie Schaible, the assistant professor of criminal justice at CU Denver, shed some light on the challenges of assessing intoxication from marijuana.

“Some people would argue that it should be regulated in a similar way to alcohol and others would say it’s not appropriate to regulate THC or marijuana consumption the same way that alcohol is because the pharmacological effects are actually very different,” Schaible said.

Currently, a blood test is the most effective way to detect the level of marijuana in a person’s system. This is not an easily accessible means of evaluation for on-site law enforcement. Moreover, THC is fat-soluble, which means it can be absorbed by one’s fat cells and remain within the metabolism for extended periods of time. For heavy users and regular users, THC can remain within the body for days. Chronic users who cease cannabis use may still have detectable amounts of THC in the bloodstream for 30 days after they’ve stopped using, making it difficult to connect the presence of THC in one’s bloodstream with that person’s current state of intoxication.

The legal limit of marijuana consumption also remains a nebulous issue. States such as Colorado and Washington have set a per se limit of active THC at 5 nanograms per millimeter of blood. However, that ratio can still differ from person to person. While smokers may be intoxicated at a certain point, heavy users, including medical patients, may feel completely sober. Yet everyone, no matter the body type or experience level, is considered a certain degree of “drunk” with a blood alcohol content of .08 percent.

The law in Colorado has led to complications for citizens and law enforcement alike. In a phenomenon some refer to as “sober DUIs,” the ratio of intoxication to blood THC level is largely dependent on an individual’s use patterns.

According to Popular Science, individuals under the influence of marijuana tend to actually be aware of their impairment – unlike those under the influence of alcohol. In fact, some studies have even shown that stoned drivers are more cautious behind the wheel than their sober counterparts,  as the former tend to drive slower.

Richard Besserman, the operations executive of ASU’s Center for Emergency Management and Homeland Security, who worked alongside Dale in the initiative, said he hopes to expand the venture in the future, branching out to other drugs and impairments. He added that since each drug has its own pattern or signature in microsaccadic eye movement, his team can use the same technology to detect other types of drug use.

Ultimately, Dale said that the app, which uses the same technology used to diagnose brain diseases such as Alzheimer’sand disease, will help keep the roads safe for everyone.

“Whether you’re for or against the legalization of marijuana, I’ve talked to people on both sides of the issue, we’re not pro- or anti-legalization,” Dale said. “What we are focused on is deterring and removing impaired drivers from the roadway. It is about awareness, education and deterrence.”