Obama lends support to marijuana legalisation: ‘We should follow the science not the ideology’ 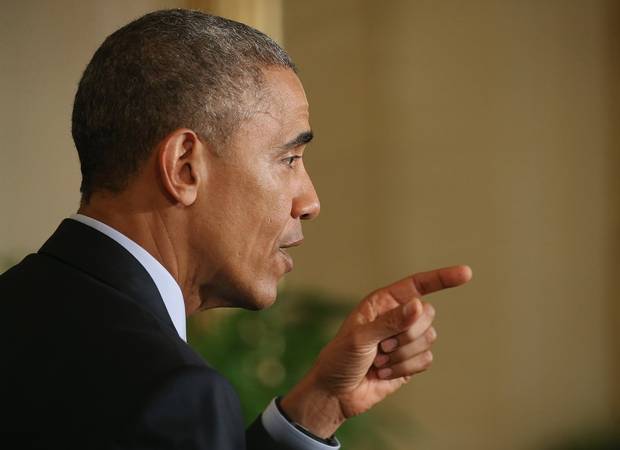 On the eve of 4/20, cannabis smokers’ unofficial holiday, Barack Obama has appeared on CNN’s special report WEED3 backing decriminalisation of marijuana, saying that he favours a “public health model” over an “incarceration model”.

The president stopped short of endorsing the legalisation of the drug, but did signal support for the medical marijuana bill backed by Rand Paul.

Interviewed by CNN’s chief medical correspondent and vocal legalisation advocate Dr Sanjay Gupta, Obama said: “You know, I think I’d have to take a look at the details.

“I’m on record as saying that not only do I think carefully prescribed medical use of marijuana may in fact be appropriate and we should follow the science as opposed to ideology on this issue, but I’m also on record as saying that the more we treat some of these issues related to drug abuse from a public health model and not just from an incarceration model, the better off we’re going to be.” Many journalists have tried to get Obama to talk openly about marijuana and this is about his most positive statement yet, having previously admitting to smoking it in his youth and saying that he views it as no “more dangerous than alcohol”.

Legalisation has given a massive financial boost to Colorado, where crime has not been affected by the law changes, while Oregan, Washington state and the District of Columbia also managed to approve recreational use of the drug without spontaneously bursting into flames.

Despite this, and the fact weed has been found by scientists to be 114 less deadly than alcohol, earlier in the week a California judge decline to remove it from the federal list of the most dangerous drugs.

Obama suggested that a policy similar to those for tobacco and car seatbelts could work for marijuana.

“You know, we save tens of thousands, hundreds of thousands of lives every single year,” he added to Gupta. “We didn’t throw anybody in jail; we just made sure that they were well-informed and if somebody has an addiction, we made sure that we made it easy for them to get help.

“And I think we need to re-emphasize that approach [for marijuana], because we don’t want to encourage our kids to engage in drug use, but there are going to be more effective ways than, too often, the approach we’re taking today.”

More states are expected to make steps toward legalising weed for medicinal or recreational use this year, though in the UK the issue is curiously still not on the table or even remotely near to it